WHAT’S SO SPECIAL ABOUT ISRAEL

How a Small Nation Makes a Big Difference

Despite their small numbers, the Jewish people and the land of Israel have played a monumental role in world history.

Now if you will obey me and keep my covenant, you will be my own special treasure from among all the peoples on earth; for all the earth belongs to me. And you will be my kingdom of priests, my holy nation.

JEWISH HISTORY IN THE LAND

Through wars, persecution, and expulsion, there has always remained a remnant of the Jewish people in Israel. 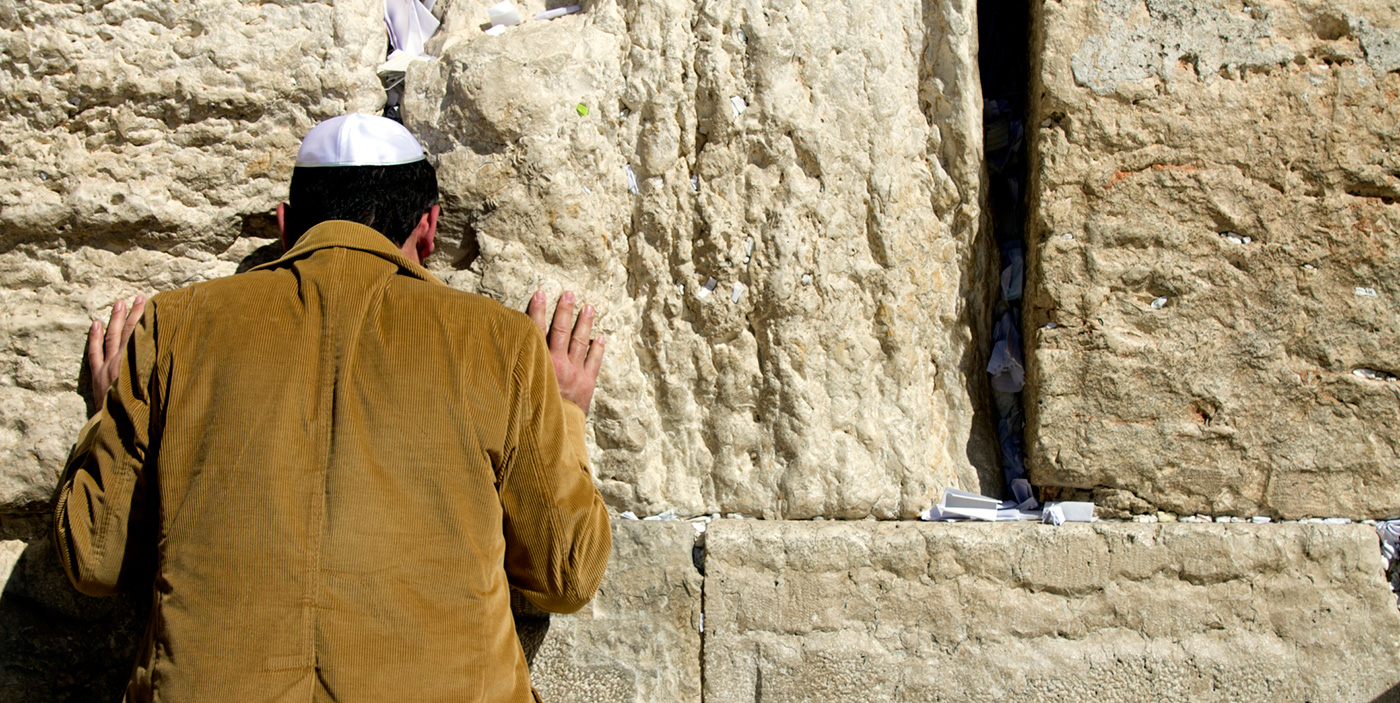 In Genesis 12 God promised the land of Israel, then called Canaan, to Abraham’s descendants. The book of Joshua tells of the conquering of Canaan—the Promised land. Over the centuries, the Jews faced many occupying nations, however, a remnant stayed and survived in the land all the way until the founding of Israel as a nation in 1948.

No other people group has remained a distinct people through multiple expulsions and dispersion.

Leviticus 26:33 prophesied of the coming trials for the Jews: "And you, I will scatter among the nations, at the point of My drawn sword, leaving your country desolate and your cities in ruins." The Jews were indeed scattered to every nation around the globe—multiple times—yet even without a homeland, common language, or shared history, they maintained their Jewish identity and many were regathered when Israel became a nation again. After a 2,000 year expulsion and exile, Israel now governs in the same land, under the same name, with the same language and religion as it did 3,000 years ago. No other nation in the world can say that.

The Jews still speak Hebrew more than 2000 years after immigrating to other nations. 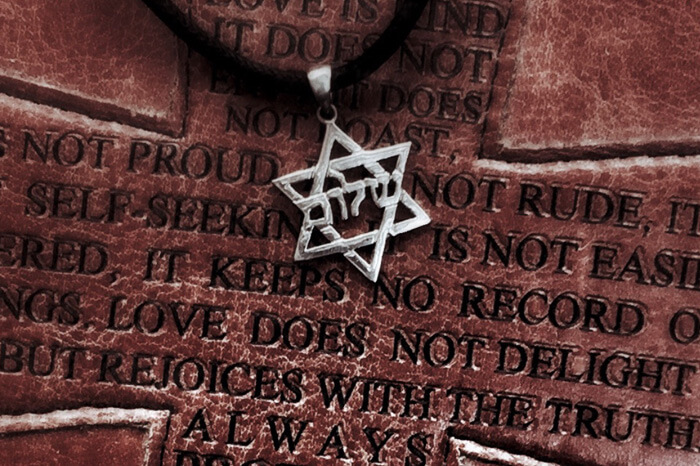 It usually only takes two generations in a new culture to lose a language. Through the years, Hebrew was lost as a spoken language for the Jews, but it experienced a rebirth through Jewish settlers in Palestine during the 19th century and later when it was adopted as the official language of the newly formed state of Israel in 1948. Today over 6 million people speak Hebrew as their primary language.


The state of Israel was reborn in a day.

Isaiah 66:8 tells of the miraculous day when Israel shall be a nation once again: “Shall a land be born in one day? Shall a nation be brought forth in one moment? For as soon as Zion was in labor she brought forth her children.” Moses also prophesied in Deuteronomy 30:3-5 of the day when “the Lord your God will restore your fortunes and have mercy on you, and he will gather you again from all the peoples where the Lord your God has scattered you. If your outcasts are in the uttermost parts of heaven, from there the Lord your God will gather you, and from there he will take you. And the Lord your God will bring you into the land that your fathers possessed, that you may possess it. And he will make you more prosperous and numerous than your fathers.” The Balfour Declaration of 1917 gave the Jewish people the right to rebuild their National Home in Israel and in 1947, after the horrors of WWII, the United Nations General Assembly passed a resolution for the establishment of a Jewish State. On May 14, 1948, the State of Israel was created—in one day.

Why Support Israel? Get Involved

Israel must exist and has the right to exist, and is one of the great outposts of democracy in the world.
– Martin Luther King, Jr.

THE MIDDLE EAST’S ONLY TRUE DEMOCRACY

Israel is the only true democracy in the Middle East, applying rights equally to all its citizens. 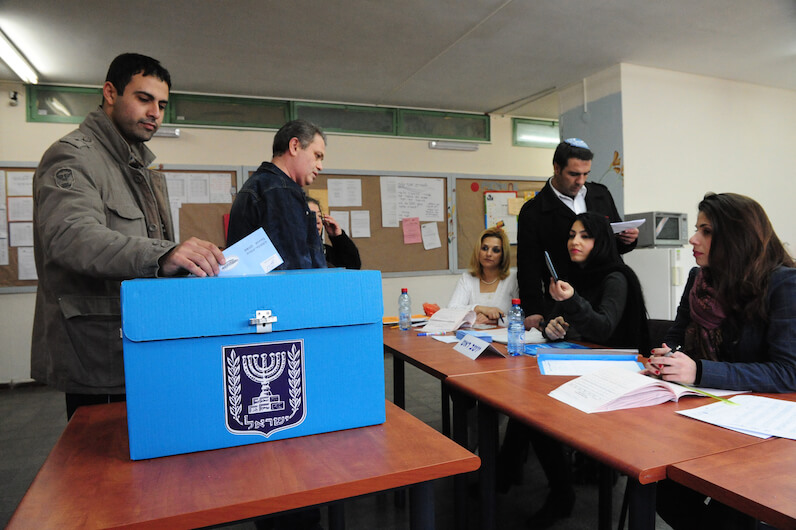 The Israeli society is an open society of people from all over the world, including Africa, Asia, Europe, the Americas, and the Middle East. There are over 1.8 million Arabs who are Israeli citizens and many Arabs hold important positions in the government, legal system, ministry of foreign affairs, and the military.

The Jewish people are a treasure to the world and deserve our gratitude and support. 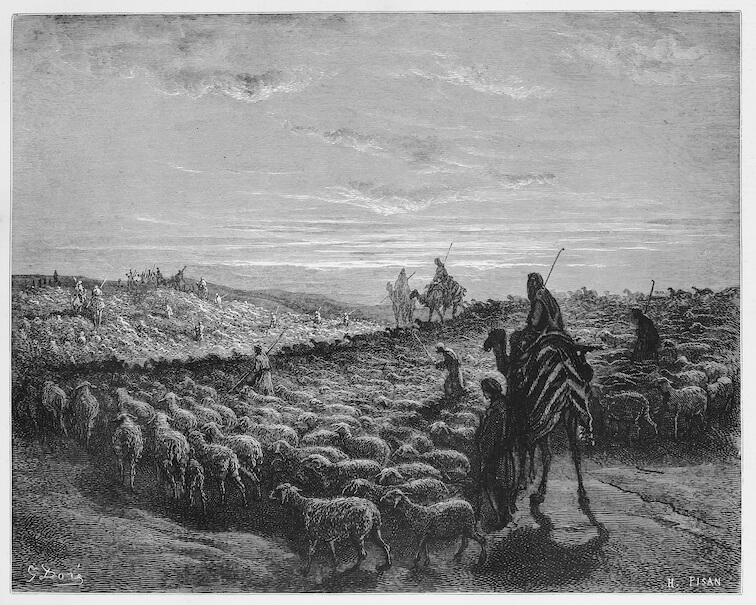 The foundation of Western law is based on the Ten Commandments that God gave to Moses and the nation of Israel. 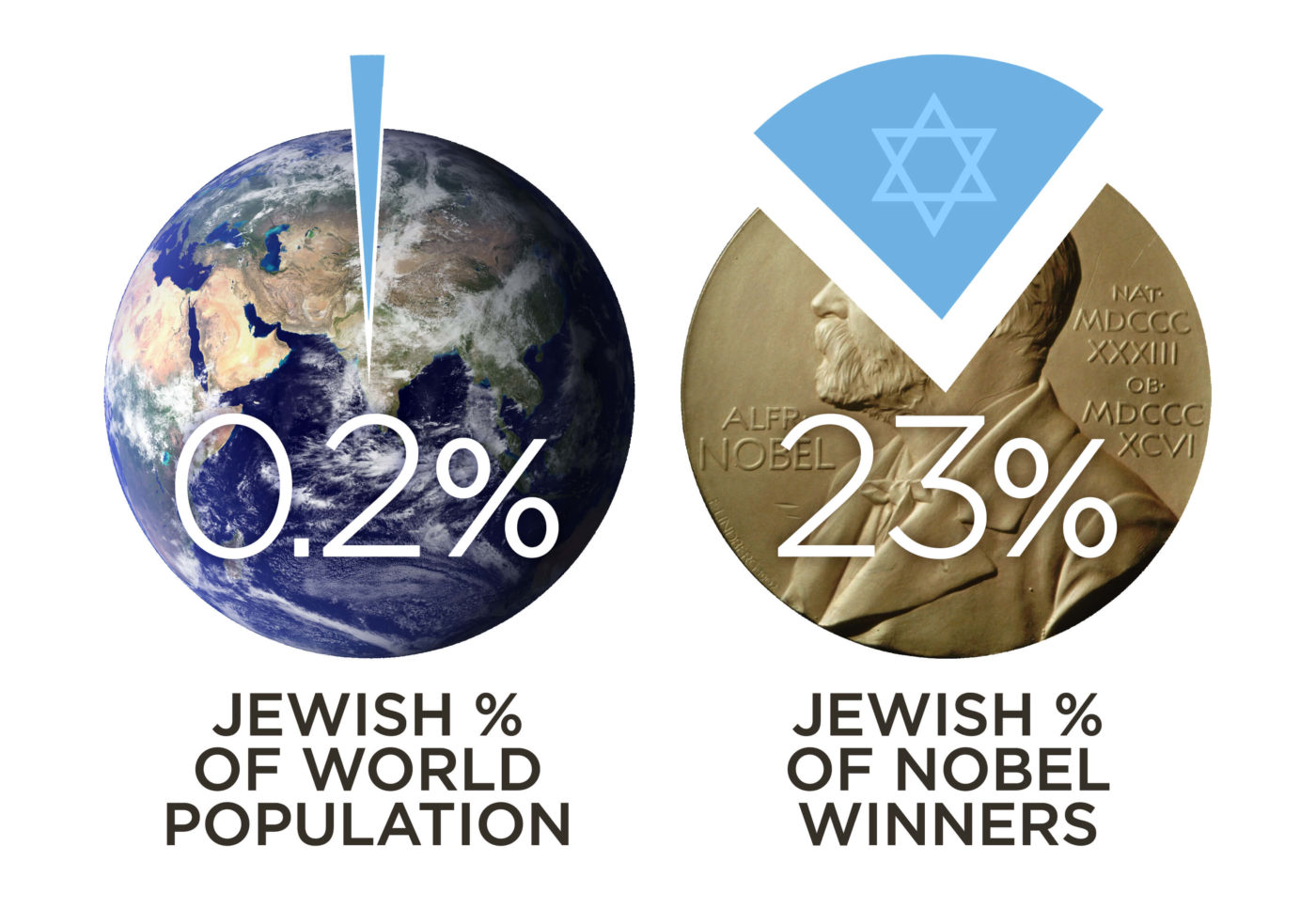 Through the centuries, the Jewish people have given us many of mankind’s most noted scholars, scientists, inventors, and statesmen. 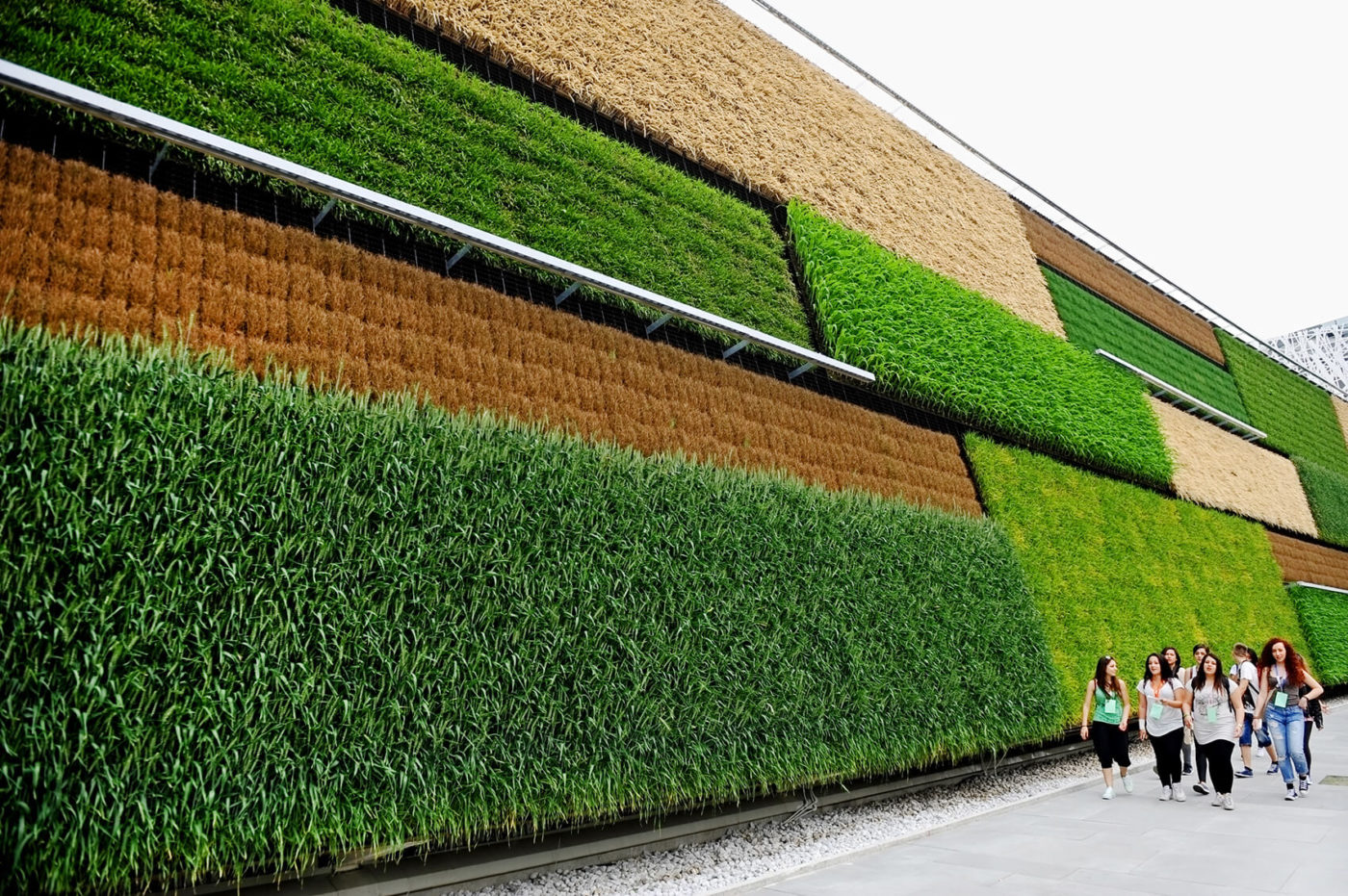 Israel’s entrepreneurial spirit is leading to groundbreaking innovations in medicine, agriculture, and technology, making the world a healthier, greener place.

A Few of Israel’s Contributions

Israeli Company Given Imaging created the PillCam, which allows patients to swallow a small camera that travels either their intestines or esophagus taking high-speed images. The PillCam allows doctors to examine patients who cannot do traditional endoscopic procedures.

Israeli companies have made huge advances in treating Parkinson’s Disease, including the drug Azilect that treats symptoms, as well as several non-invasive treatments to stop the tremors.

Israeli company Netafim developed Drip Irrigation in the 60’s. The technique, created by Israeli engineer and inventor Simcha Blass, along with Kibbutz Hazerim, helps countries around the world conserve water by delivering just the right amount of water to plants.

Israel is at the forefront of combatting desertification, a dangerous process in which fertile areas become dry and desert like. In fact, they the only country over the last 100 years to see a net gain of trees. Their work is preventing global hunger, disease, and poverty.

Israeli-based IDE Technologies is the world leader in thermal and membrane desalinization. These processes for removing salt from seawater have innumerable applications for the world during a time of high demand for fresh water, increased regulations on water quality, and ballooning costs for traditional water sources.

Israel is leading the way in organic farming with firms like BioBee breeding beneficial insects and mites to help pollinate and control pests in greenhouses and open fields. The company exports the insects to 50 nations.

Israeli startup Waze became a must-have app, helping motorists save time via crowdsourcing. Launched in 2008, the startup was eventually purchased by Google.

Intel Israel designed the 8088 processor that was used in the original IBM PC, the MMX microprocessor, and Centrino mobile technology that allowed for thinner and faster mobile computers.

Israeli company MobileEye is using software algorithms and small cameras to revolutionize safety for motor vehicles. Their lane departure alerts, collision warnings, and pedestrian detection is being used by 27 vehicle manufacturers including GM, BMW, Volvo. They also developed autonomous driving technology and were acquired by Intel.

Israeli MyHeritage is one of the largest online family tree and DNA testing websites with over 91 million users from around the world. 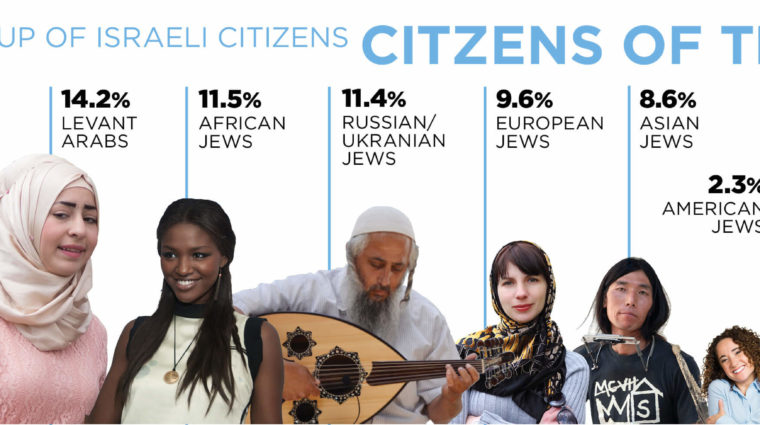 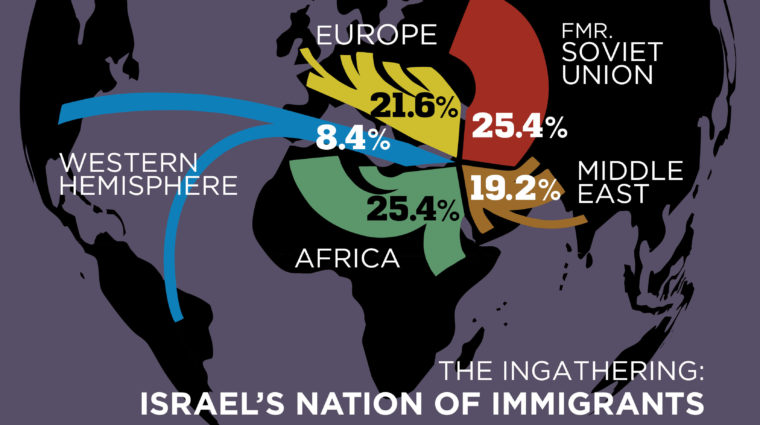 Map of Jewish Immigration to Israel