7 FACTORS THAT LED TO THE HOLOCAUST

Their number is 391111. It is the number from the central database of Shoah victims listed in Jerusalem’s Yad Vashem Holocaust memorial representing a murdered family. It induces an unfeeling cold grayness to reduce an innocent Shoah family to a series of numbers – 391111 – but at least someone took the time to recognize they once belonged, loved, breathed and existed. I remember family No. 391111 because I keep an old warn photograph of them on my desk. 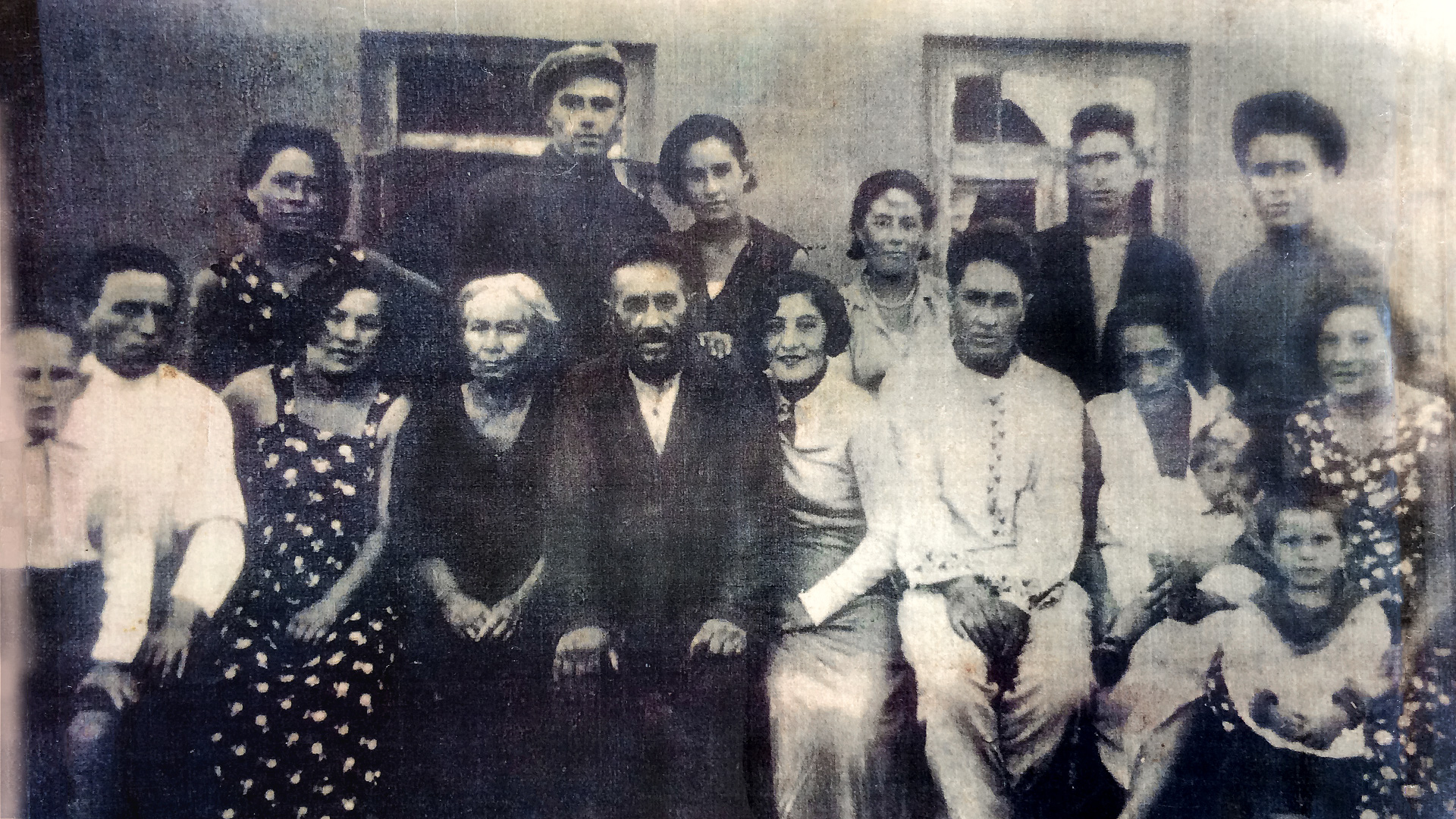 There are 17 people in the picture: a father and mother, their children, daughters and sons-in-laws, and grandchildren. According to the database, family No. 391111 lived and died in Trostenets, Belorussia, when the Nazi killing-machine spread like ravenous wolves through their village in 1941.

Seated in the left-hand corner of the photograph is a young woman wearing a polka-dot dress. She is maybe 20 years of age. She is hauntingly beautiful with a half smile and a whisper of dark hair touching the edge of her thin lips. When I gaze at the picture I wonder how Germany, one the most sophisticated and cultured nations in the world at that time, a country known for its art, music, literature and Christianity, could bestially and gleefully line up family No. 391111 along a shallow grave and shoot them. What transpired in the minds of the young German soldiers in the SS Einsatzgruppen paramilitary death squad that justified their motivation to mercilessly hunt down Jews in every fissure and crack of Trostenets?

But there is a more relevant question for our own age: Could it happen again? We can discover the answer to that question by investigating the conditions that led to the storm of the Holocaust and then examining whether any or all of those same conditions are present today.

The single most apocalyptic event of modern times was the Holocaust – a collision of social and political conditions that led to a cataclysmic perfect storm. If we do not join the conversation and sincerely attempt to understand these conditions, then the whole of our modern civilization, as well as the remaining Jews in the world, will suffer incalculable loss.

There were seven conditions that collided, forming the genocidal rampage of a sophisticated and cultured German society: 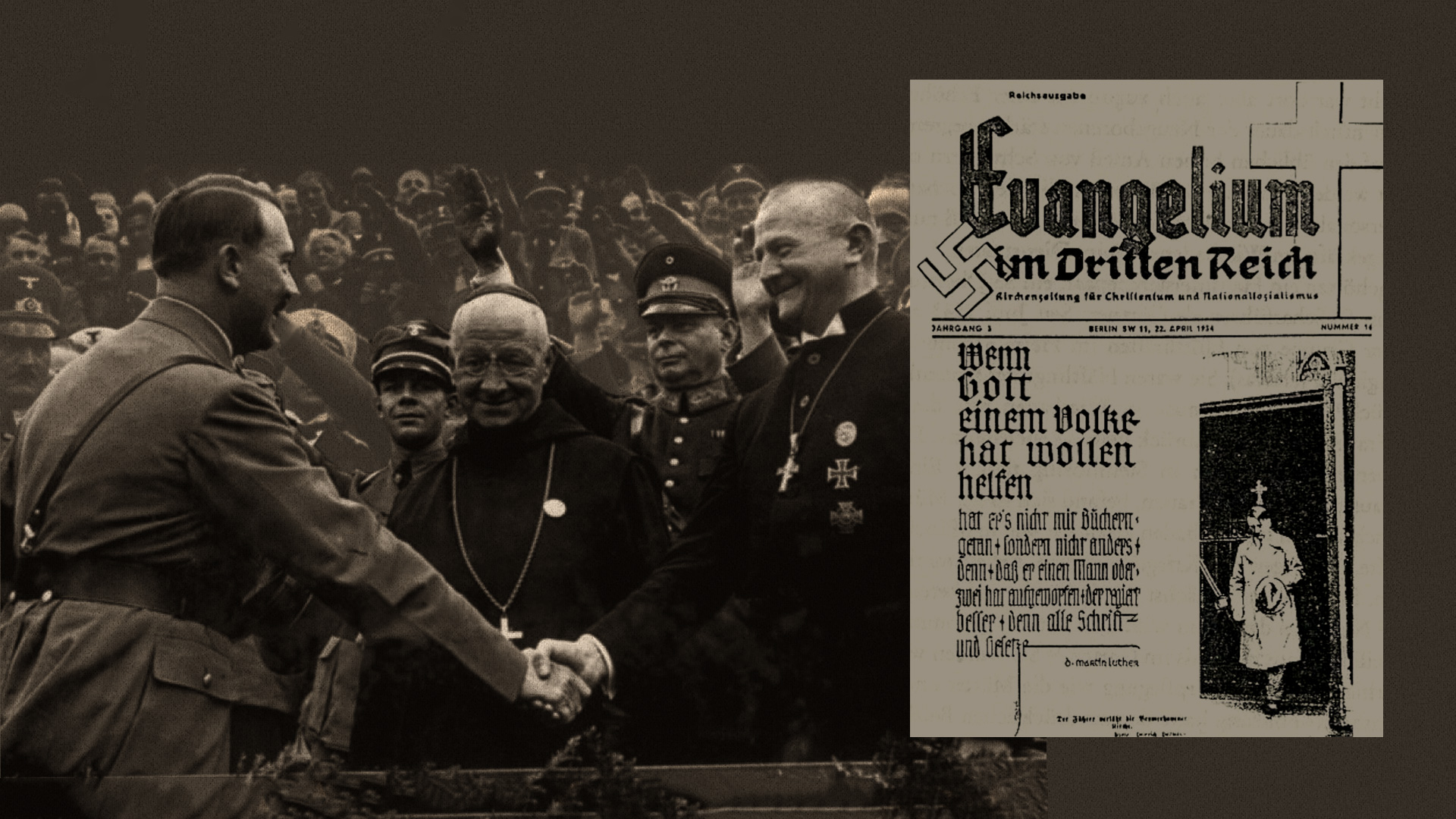 German Christians formed the strongest Protestant Church in the world before and during the Holocaust. In the years prior to Hitler’s rise to power, churches both Protestant and Catholic preached the false doctrine of Supercessionism – a theology that proclaimed the Christian Church had superseded and replaced the Jewish people as God’s chosen ones. In the 1930s, both Protestant and Catholic Christians were calling for the forced expulsion of Jews from Germany. One leading German Protestant scholar in 1933 attempted to answer the question about Germany’s problem with its Jewish population and went as far as to consider extermination. 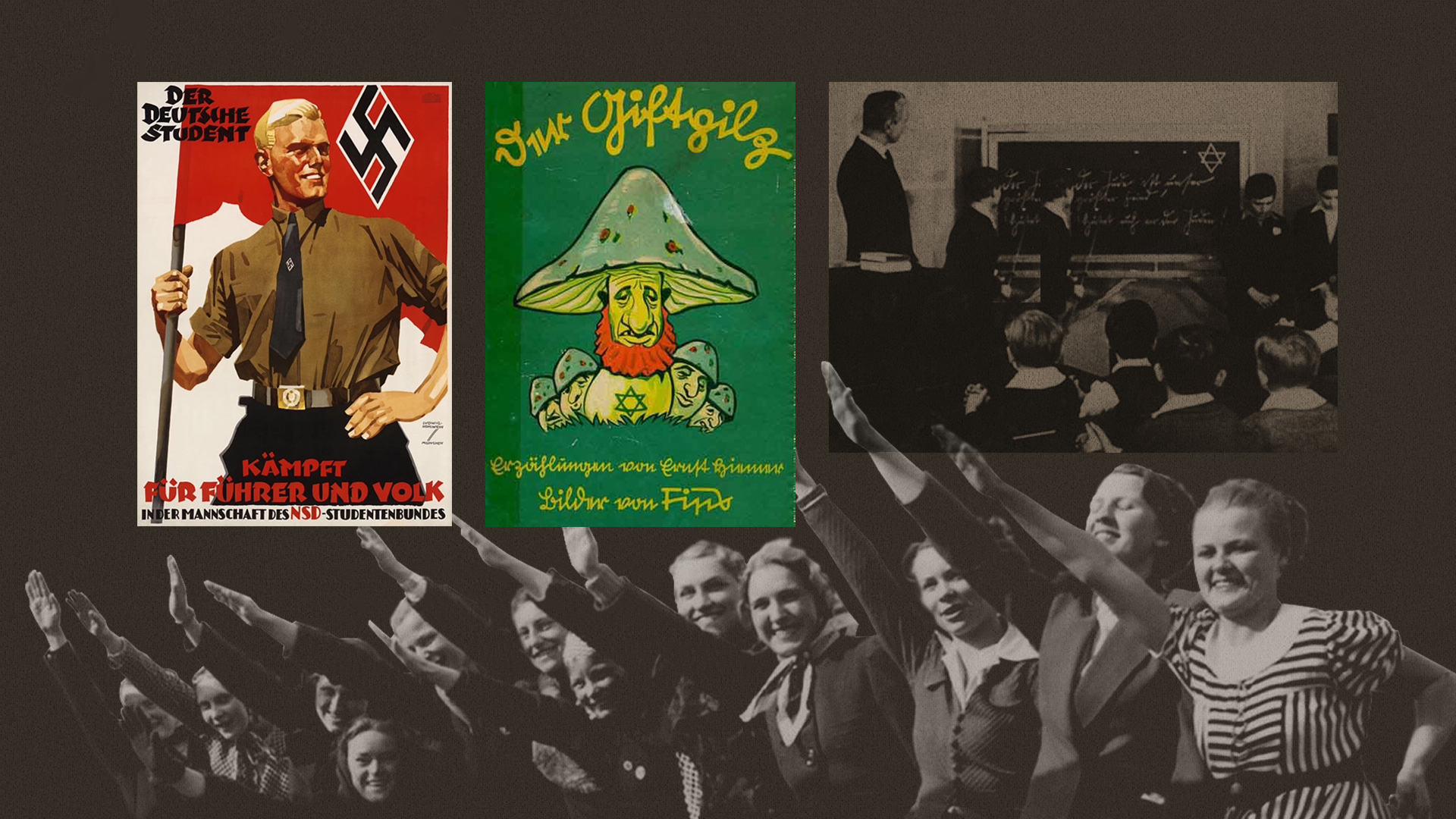 The faculty and student bodies of both secular and Christian universities in Europe and America fomented an anti-Jewish sentiment. According to a report from the Simon Wiesenthal Center by Dr. Harold Brackman, Harvard University led the way in the 1920s and ’30s with an anti-Semitic agenda that other institutions of higher learning across America, both secular and Christian, followed. Hitler’s foreign press chief, Ernst Hanfstaengl, boasted that Hitler and the Nazis would annihilate the Jewish “vampires sucking German blood” and that Nazi storm troopers would pursue Germany’s 600,000 Jews. The Harvard student paper, the Crimson, supported Hanfstaengl by calling for Harvard to decree upon him an honorary degree as a badge “of honor appropriate to his high position in the government of a friendly country.”

As Jews were segregated, their shops and businesses sanctioned through the Nuremberg laws, the German consul general visited Harvard in 1935 and was allowed to place a wreath emblazoned with a swastika in the chapel. After the Kristallnacht event in Germany in 1938 when Nazis destroyed thousands of Jewish shops and businesses, assaulting thousands of Jews in the process, American college and university students were asked the question if they would allow Jews fleeing the Nazi rampage in Central Europe to find safe haven in the United States. Seventy percent said they would oppose giving sanctuary to Jews. 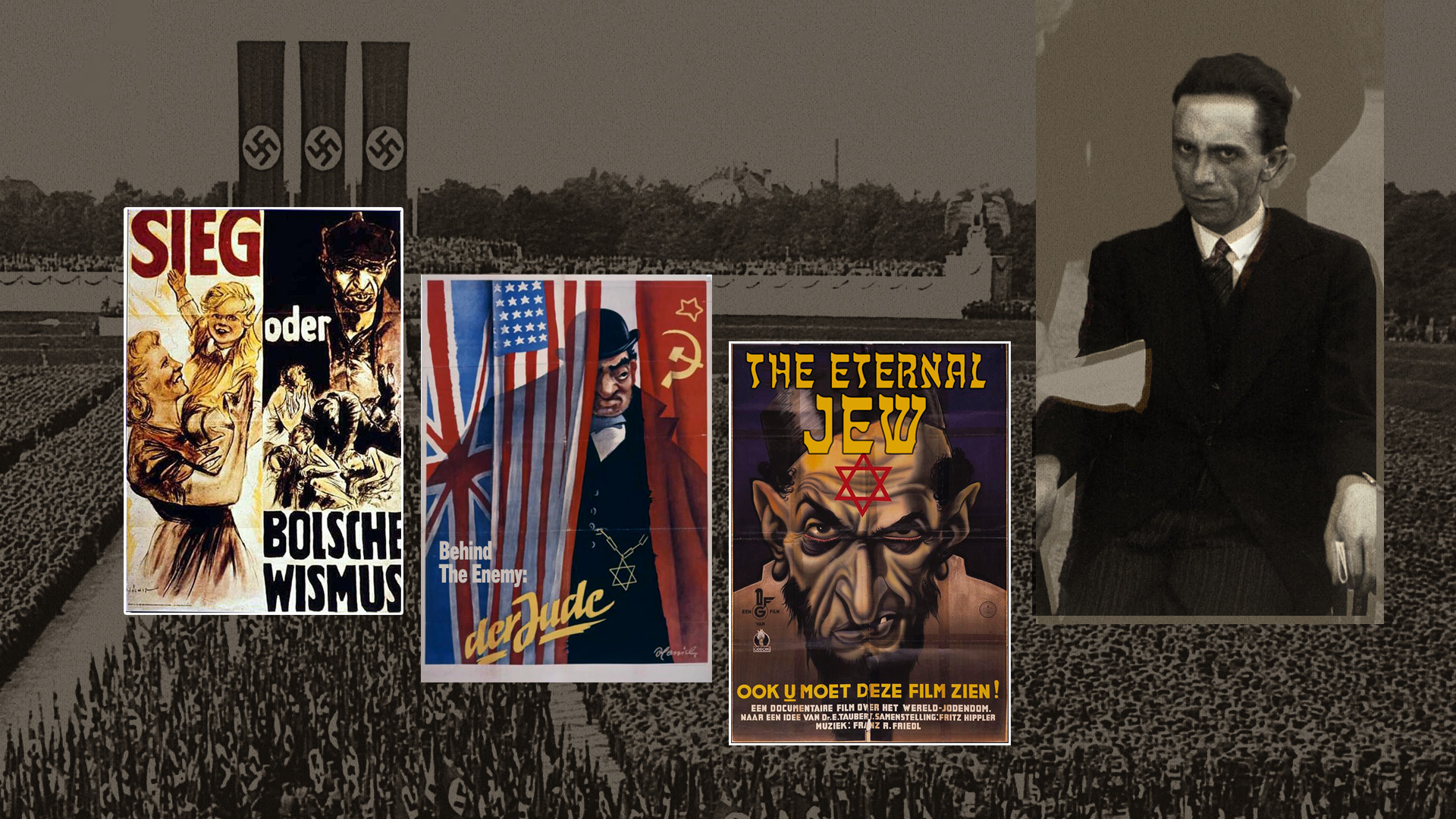 The Nazis used new media technology to create a bias against Jewish people. According to a Harvard University behavioral study about Nazi propaganda, one of the themes the Nazis employed to sway the masses was the notion that world Jewry was a terrible evil responsible for Germany’s financial woes. Eventually, Jews would be framed as a subhuman race that needed to be purged before it overpowered the whole of Christian Germany. Some of the media techniques that were used by the Nazis to create a genocidal hysteria against Jews included hyperbolic discounting, bandwagon effect, herd instinct and ingroup bias.

4. A Boycott, Divestment and Sanctions Movement 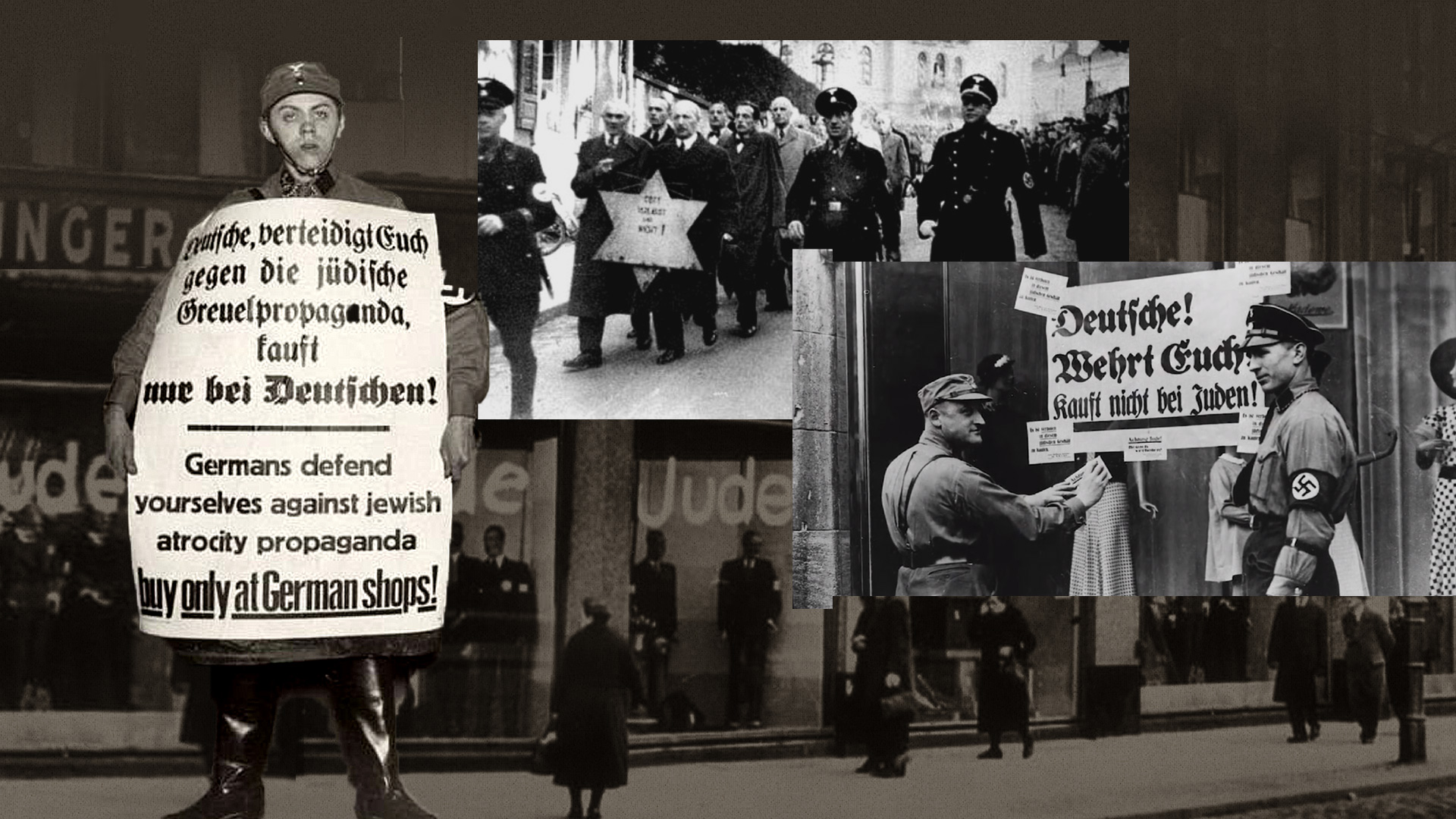 On April 1, 1933, Jewish businesses in Germany were boycotted under Nazi order. In the Nuremberg laws of 1935, Jews were racially sanctioned and were expelled from their employment.

5. Random Acts of Violence Against Jews 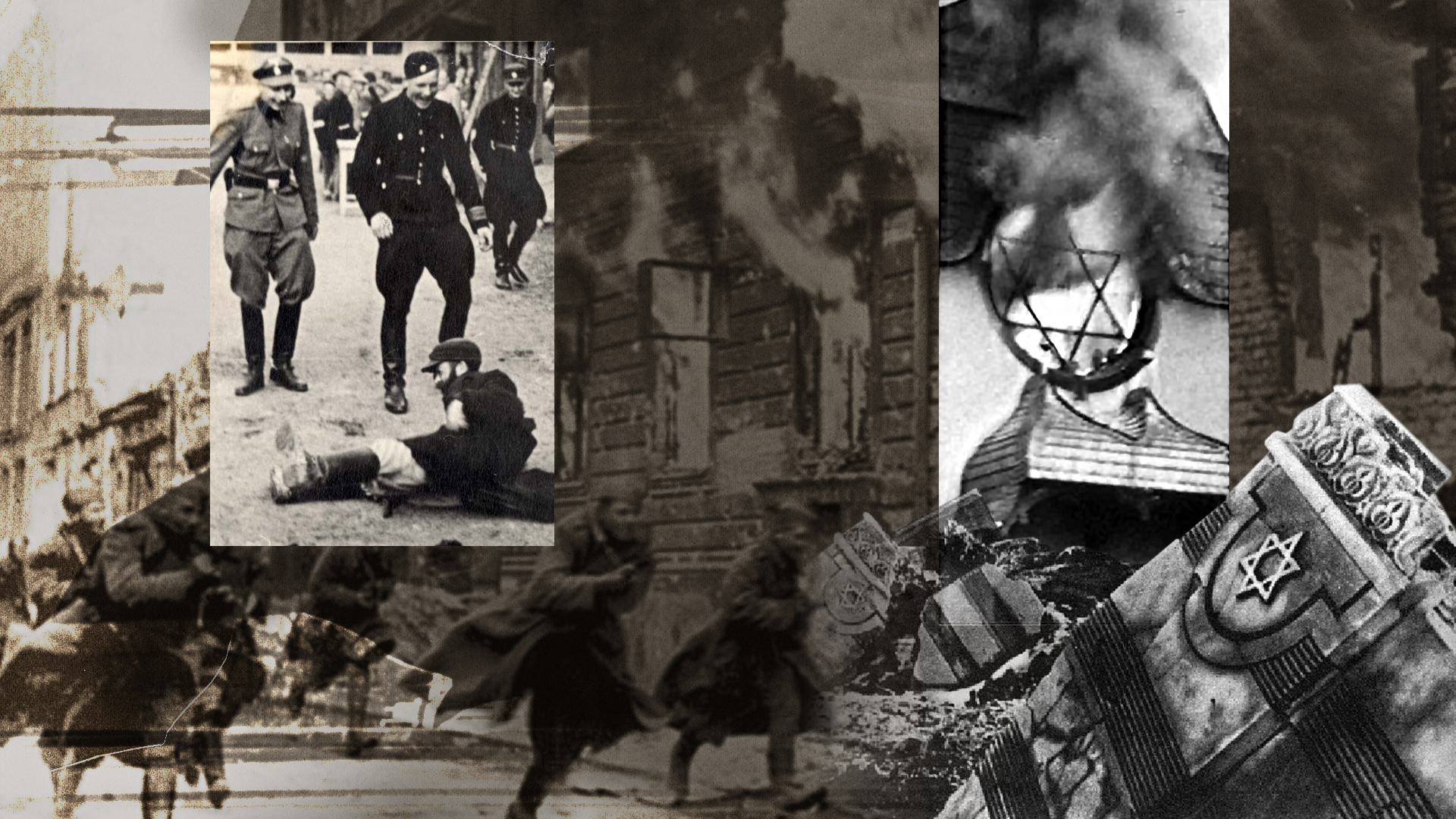 On Nov. 9 and 10, 1938, angry German mobs smashed Jewish shop windows and assaulted Jews. The event was the aforementioned Kristallnacht, the night of the broken glass. Prior to the Final Solution – the shooting and gassing of 6 million Jews – acts of violence and hate speech toward Jews became the norm. The desecration of Jewish cemeteries and the vandalism and burning of Jewish synagogues was commonplace. 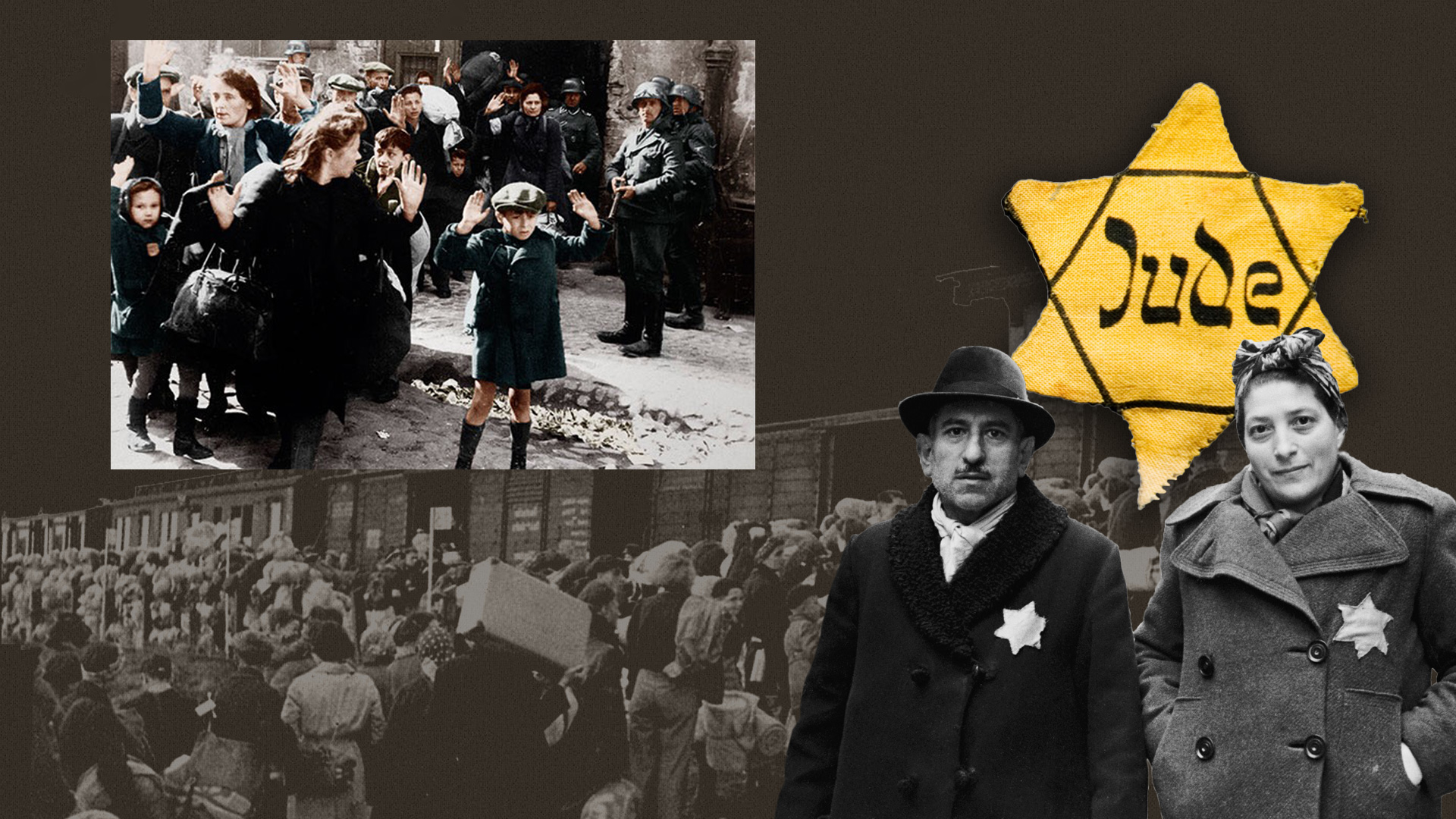 Beginning on Oct. 8, 1939, Jews were forced from their ancestral homes into ghettos through Europe. By law, Jews lost their right to exist among European society.

7. A Worldview that Allowed for Genocide 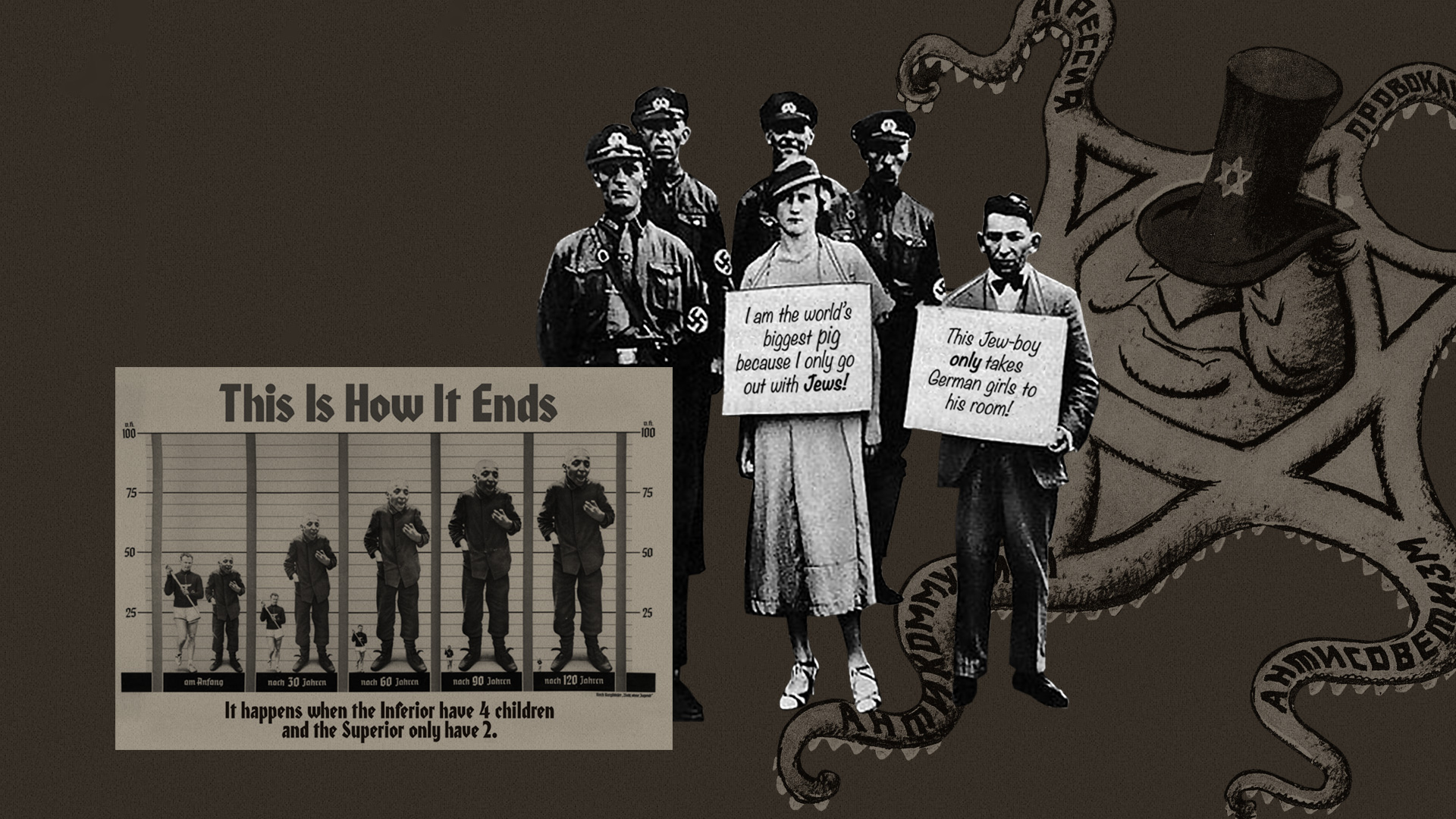 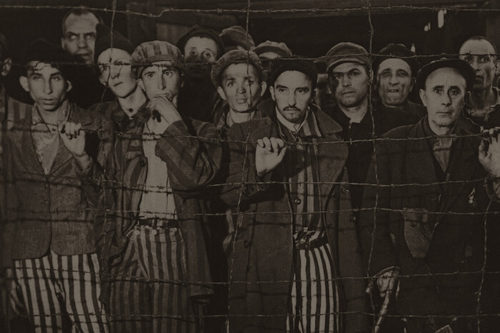 Do we see any of these seven storm conditions in our world today? 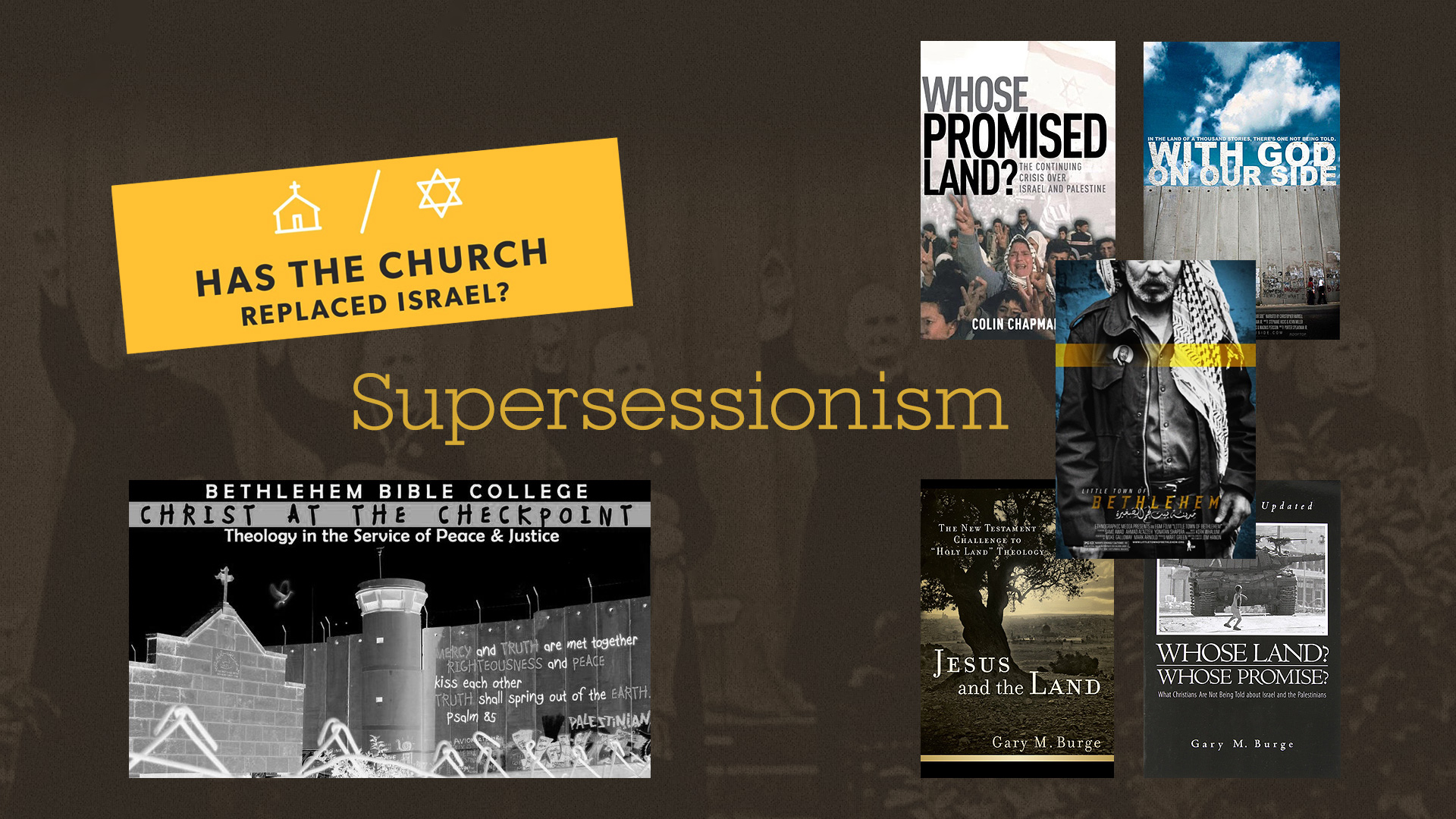 The doctrine of Supercessionism or Replacement Theology (the notion that the land covenant God made with Abraham has been nullified and Israel has been replaced by Gentile Christians) faded after the Holocaust but has made a raging comeback in recent years in American churches and Christian colleges and universities. Within evangelicalism, anti-Israel sentiment (which is anti-Semitism) is becoming increasingly fashionable and accepted. Most of the mainline denominations have already embraced Supercessionism, and according to recent statistics, evangelicalism could be anti-Israel within 10 years. 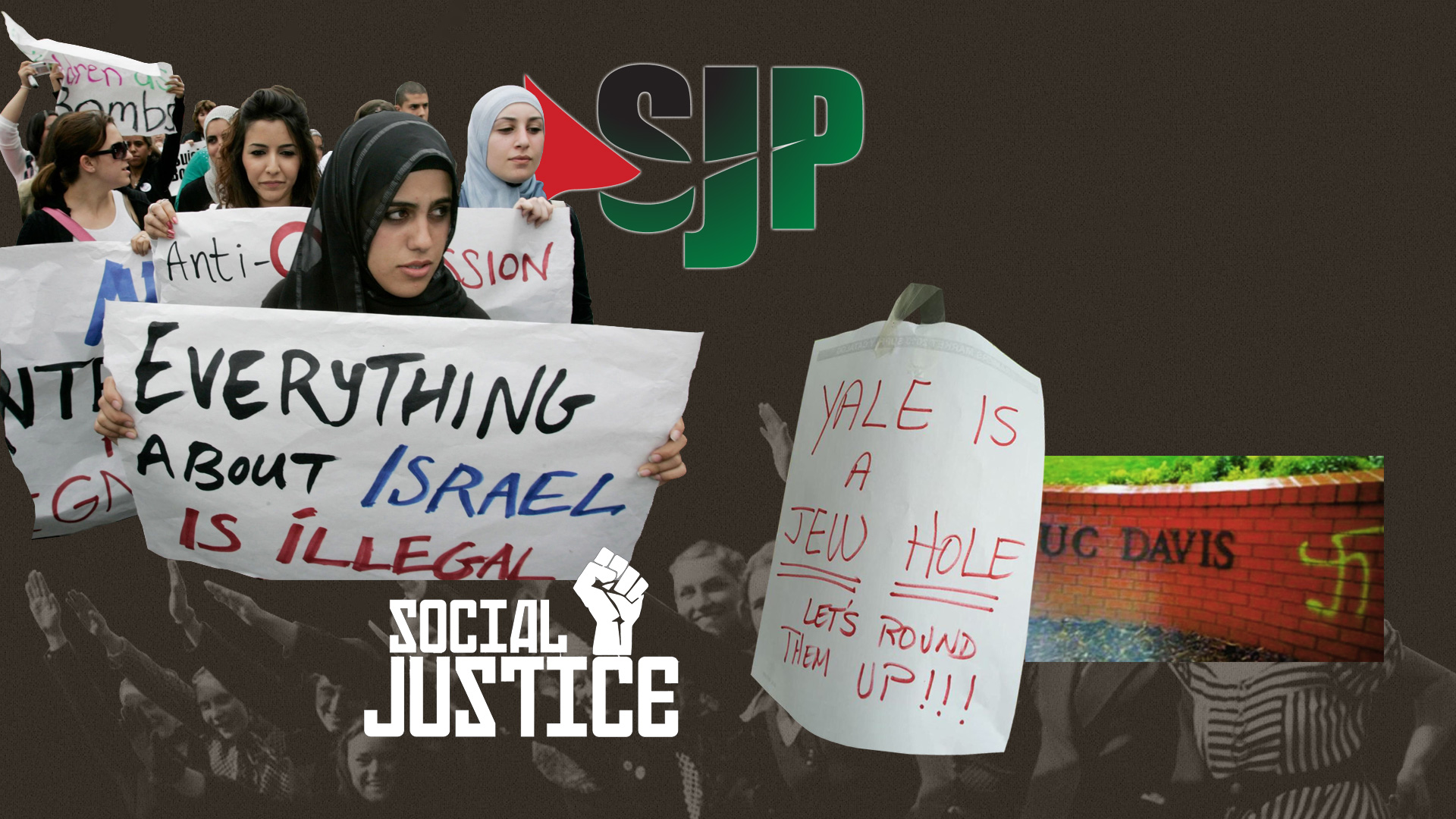 A recent report I cited earlier from the Simon Wiesenthal Center, entitled, “Anti-Semitism on Campus: A Clear and Present Danger,” is well worth the read. It documents the rising violence against Jewish college students and the growing anti-Israel sentiment on American college and university campuses. 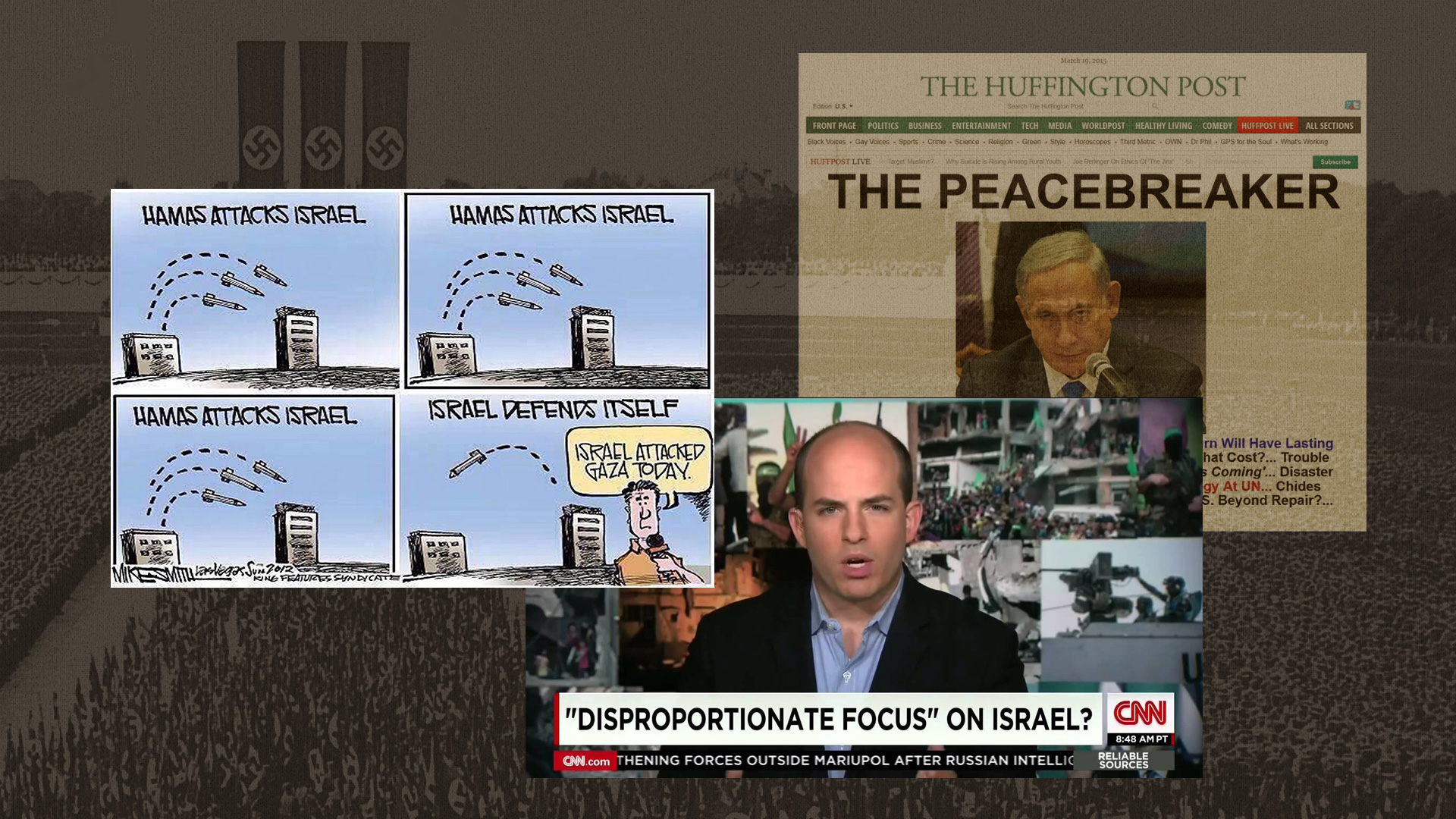 American and foreign news media outlets portray a misleading view of the Jewish state. Israel is framed as the oppressor of its neighbors while the acts of murderous violence against Jewish citizens by terrorists are covered up. Some of the same media techniques used by the Nazi propaganda machine are used by media outlets today to delegitimize Israel’s right to exist.

4. The Boycott, Divestment and Sanctions Movement 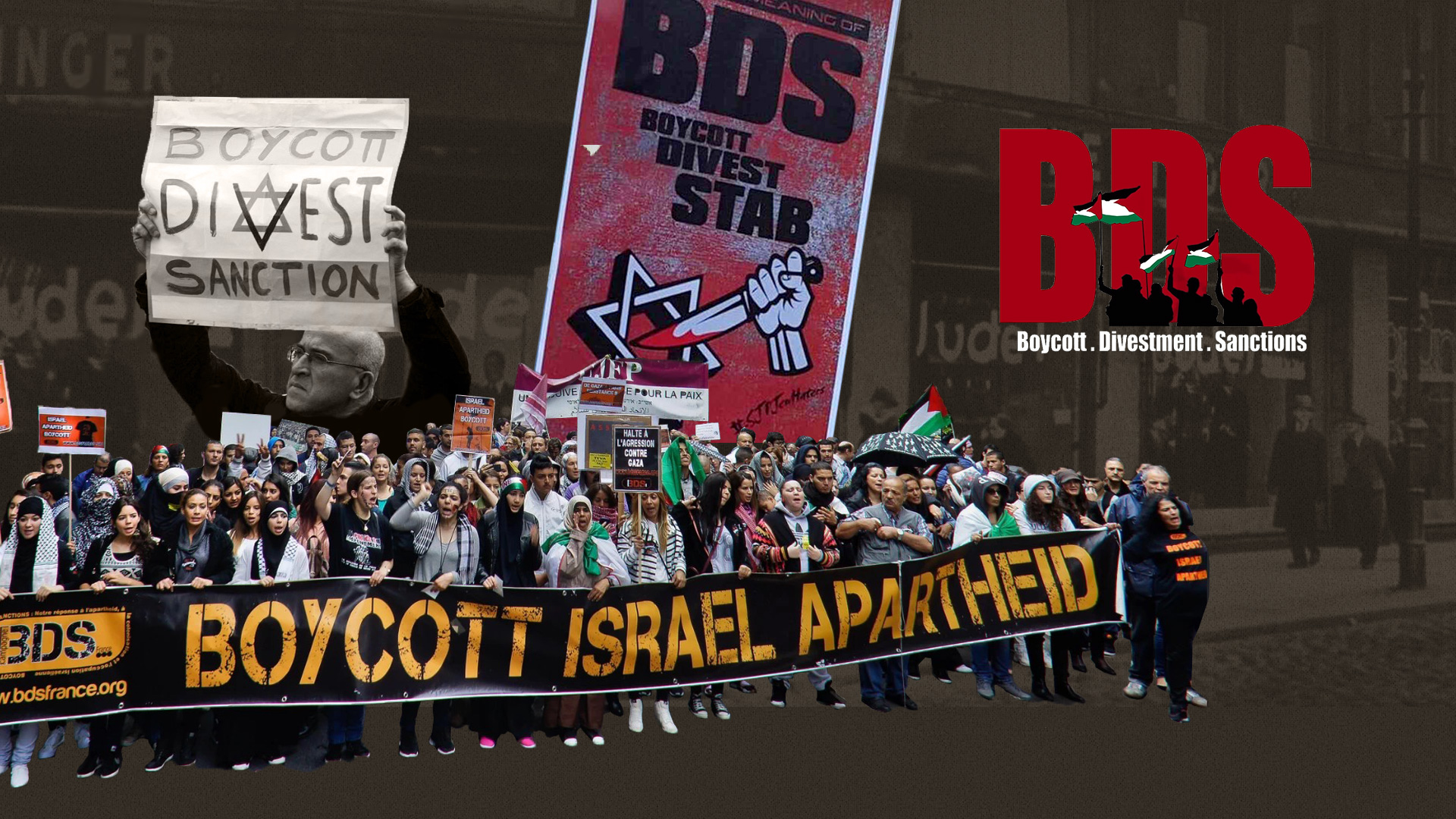 The Boycott, Divestment, and Sanctions (BDS) effort has many of the same characteristics of the Nazi boycott of Jewish shops and businesses in 1933 and the Nuremberg laws, ginned up from the Nazi propaganda machine in 1935. The BDS movement seeks to boycott products made in Israel, divest finances from companies that trade with Israel and sanction the Jewish nation politically. The goal of BDS is to strangle Israel economically and politically, thereby destroying the Jewish State.

5. Random Acts of Violence Against Jews 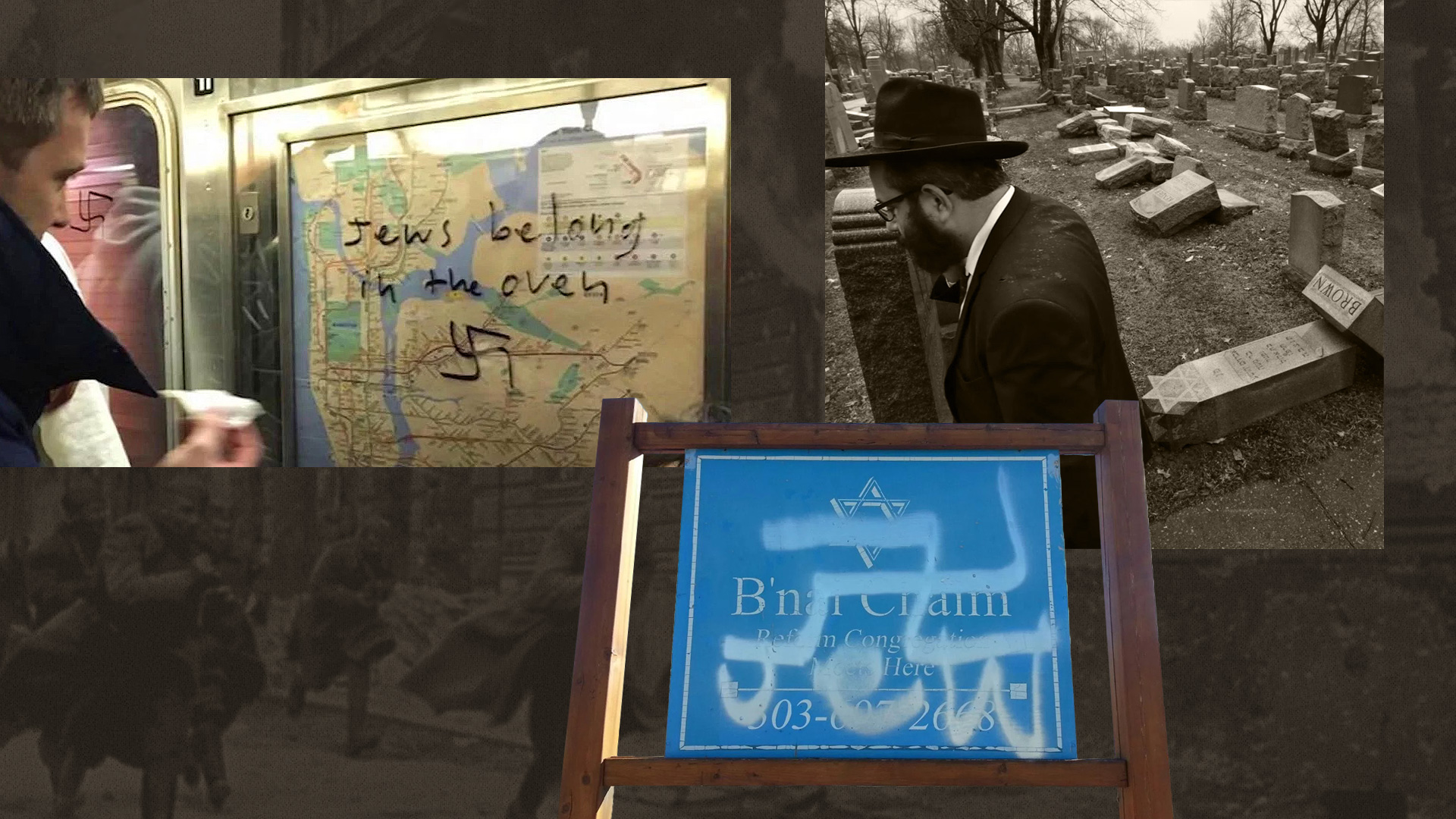 As it was before the Nazi Final Solution to exterminate the Jews, the desecration of Jewish cemeteries and the vandalism of Jewish synagogues is becoming commonplace. According to FBI hate-crime statistics, 57 percent of hate crimes in America are directed against Jews. 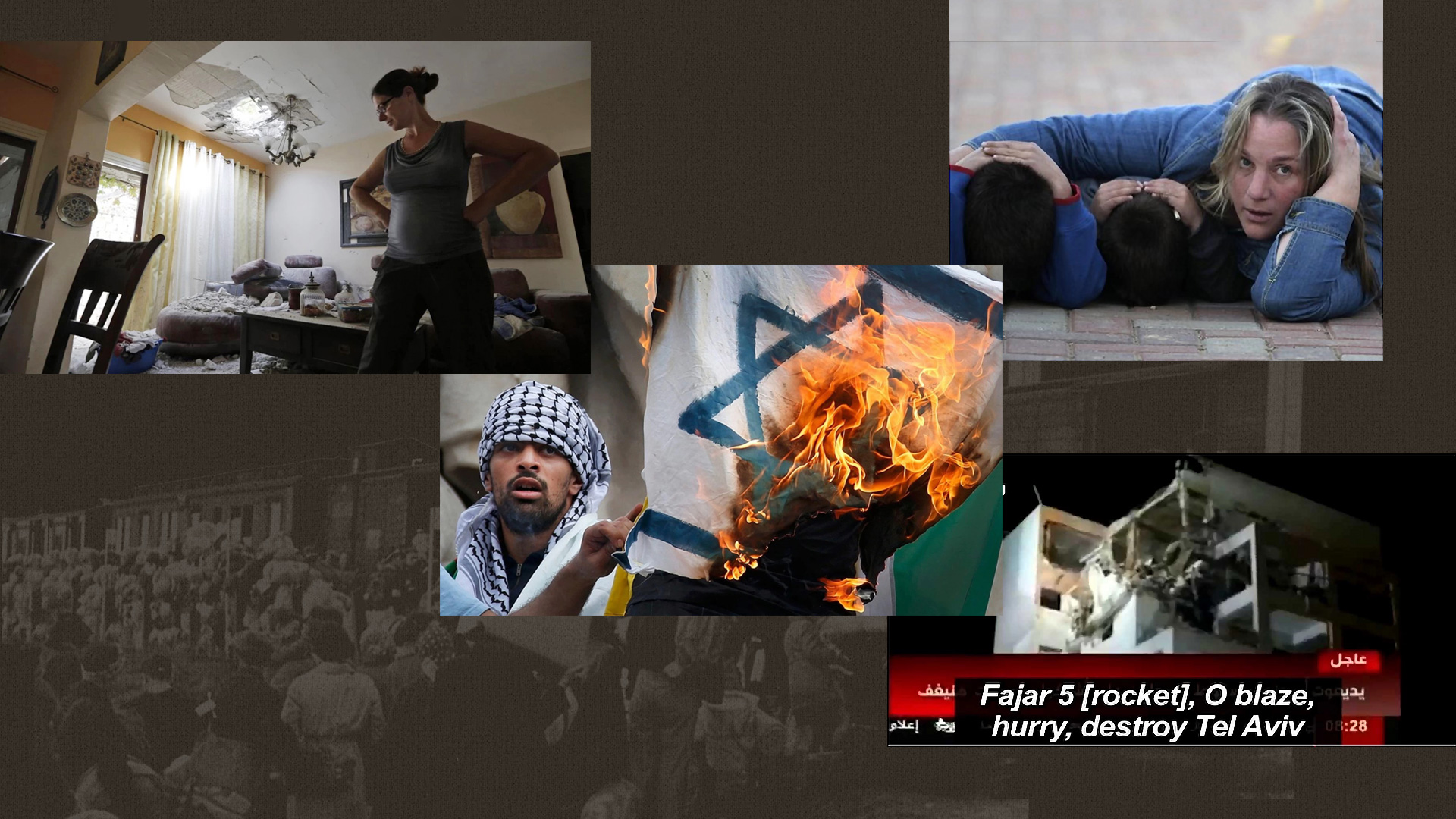 The charters of Israel’s neighbors, Hamas, Fatah, and Hezbollah, reject Israel’s very right of existence. The Hamas charter goes as far as saying its purpose is to destroy and annihilate Jews whether they live in Israel or elsewhere. The stated purpose of these three governing bodies is to drive Israel from her ancestral home. Presently, Jews are fleeing from European countries like France because of rising anti-Semitism.

7. A Worldview that Allows for Genocide 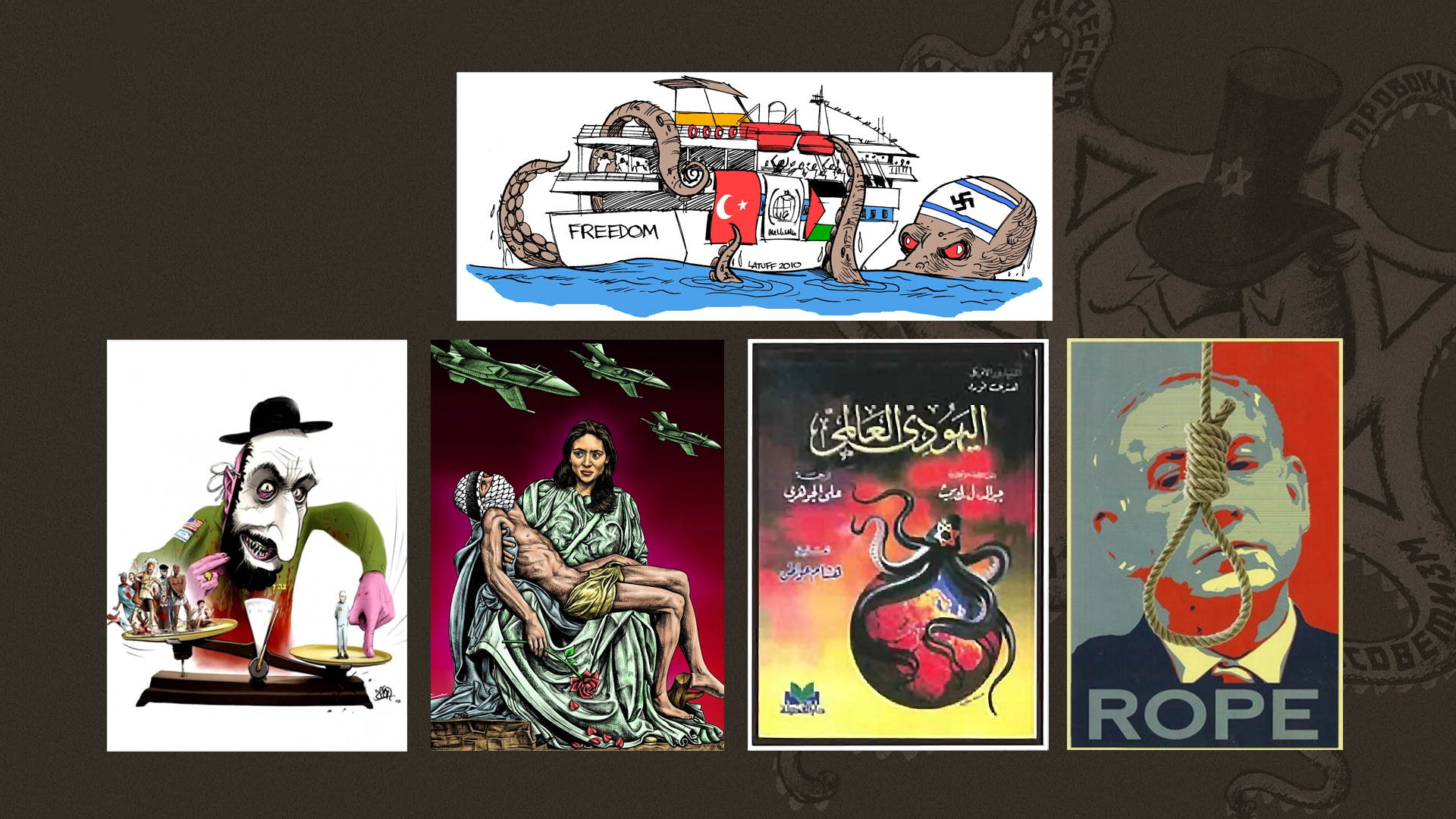 Elements of the Nazi Volkisch Equality concept (Justice for the German collective while rejecting justice for individual Jewish citizens) have found their way into today’s social justice movement. Some of the core principles of social justice, the amazing ideal that once championed causes like the civil rights movement, are being misdirected today in order to delegitimize Jewish people worldwide. Add this to the herd instinct propaganda technique the Nazis employed to sway the mases—we call it groupthink today, a phenomenon that embraces conformity to the ideals of a group rather than creative thinking—and you have a recipe for genocide.

Opinions should be formed through thoughtful, factual, and historical inquiry. If justice is to actually be justice for all, it cannot be biased or emotionally driven. Justice should be impartial. This is why lady justice, who holds the scales of justice in her hand, is blindfolded. She shows no partiality to the strong or to the weak. She is blind to others opinions. She proclaims justice based solely on truth.

For the sake of both Jewish and Palestinian people, a thoughtful, historical, factual and non-biased conversation will be an important step in ending suffering on both sides and inspiring justice for all involved in the conflict. God’s Word teaches, “Do not pervert justice; do not show partiality to the poor or favoritism to the great, but judge your neighbor fairly” (Leviticus 19:15).

Gazing at family No. 391111 and the girl in the polka-dot dress, I sit here and wonder if we are much closer than we think to another violent and vehement outbreak toward Jews worldwide. The storm pattern is the same as in pre-Holocaust Europe. The same hate that was fomented toward family No. 391111 in 1941 is being unleashed today. This time around, the vitriolic anger of anti-Semitism is conveniently cloaked in the rejection of the Jewish State of Israel. But, the result is the same, and once again it is being voiced that Jews do not have a right to exist in their ancestral home. Sadly, there are already signs the present storm clouds of anti-Semitism will soon proclaim that Jews do not have a right to exist, period. The seven conditions that formed the perfect storm of the Shoah have once again formed.

The haunting eyes of the girl in the polka-dot dress stare back at me from the photograph. I keep her family’s picture on my desk because it is my family. Her parents, Schlomo and Sima Boxermann, were my father’s aunt and uncle, and she was his cousin. She stands out in the picture to me because she became the eyewitness to the murder. When her family was lined up and shot by the Einsatzgruppen in an open field, she hid in a ravine and witnessed the horror, somehow managing to escape. She lived out her life in the Soviet Union, married and bore a daughter.

Today, the daughter of the girl in the polka-dot dress lives in Beersheba, Israel. At breakfast recently she told me of the Hamas rockets that rain down on her city. This living legacy of a Holocaust survivor that witnessed the deepest human evil in our generation must now, like her mother before her, face the threat of another Einsatzgruppen kind of genocidal rage every day. As I looked into her eyes, I caught a glimpse of her mother and pictured the beautiful smile on her thin lips fade away as she saw her family fall into the grave. I wonder if that smile ever returned. I wonder if our people will ever be safe from genocidal hatred.